While Piedmont and Tuscany may be the most famous wine regions in Italy, Campania, the region that includes Naples, Capri and Pompeii, is a most impressive producer of high quality wines. These are only now gaining recognition outside of the region and beyond Italy. Some people say that the residents of Campania didn’t care if their wines were accorded due recognition; they knew and appreciated the local wines. 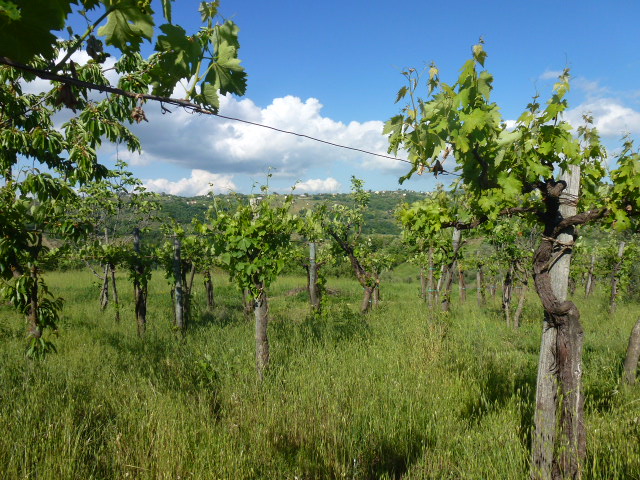 Campania produces very high quality red and white wines. We will start with the red wines, which today are the best known of the Campanian wines. If you eat in a trattoria or osteria in the region, the house red wine will probably be Piedirosso (red feet in Italian), a light red that is very pleasant and normally reasonably priced. I have seen various offerings of Piedirosso in the US, primarily on the East Coast. It is worth a try but don’t plan on keeping it cellared for a long time. (As a side note, here’s a short guide to Italian restaurants: ristorantes are at the top in cost, menu and ambiance, followed by trattorias, where normally the family runs the establishment and frequently nonna or mama does the cooking. Last are osteria, which are essentially like trattorias with a more limited menu.)

The star of Campanian reds is Aglianico, a grape thought to have been brought to the region by the Greeks when Campania was part of Magna Grecia some 2500 years ago. The versions from around Taurasi in particular produce a magnificent red wine. I have seen vines that were 200-plus years old. There are a number of excellent producers, but I particularly like Cantina Giardino’s Nude and Cantine Lonardo’s Taurasi Riserva.

I would be remiss if I didn’t mention that Campania and Basilicata, the region to the south of Campania, both claim Aglianico. The Aglianico del Vulture from Basilicata is also an excellent wine, which I drink regularly. 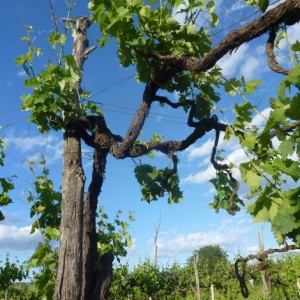 A vine against the sky.

There are some really good white wines from Campania as well; these are seen more frequently in the US. On the lighter side, Coda di Volpe (“tail of the fox” in Italian) is another grape thought to have come with the Greeks. It is light and pleasant to drink when young but does not stand long.

Perhaps a better purchase is Falanghina, another probable Greek import. Falanghina is a light but very pleasant white wine with a medium finish that goes very well with any seafood dish or even as an appetizer.

Best of the Campanian whites is Fiano, normally seen as Fiano di Avelino. The Fiano grape is the biggest and most interesting of the whites. It is produced in several forms, including natural organic wines that are aromatic and tasty.

Cantina Giardino offers an organic Fiano called Gaia that has been taken by some of Europe’s best restaurants. If you are looking for an interesting change from Pinot Grigio, a Fiano is a great idea.

Campanian wines are finally receiving their just recognition as very good to excellent wines and you won’t go wrong if you try them.