Because each region of Italy generally has its own grapes and wines produced from these grapes, I thought it might be interesting to provide a series of articles each containing a brief guide by region. I won’t include all regions but only those regions that are most familiar to me. We will begin with Piedmont. 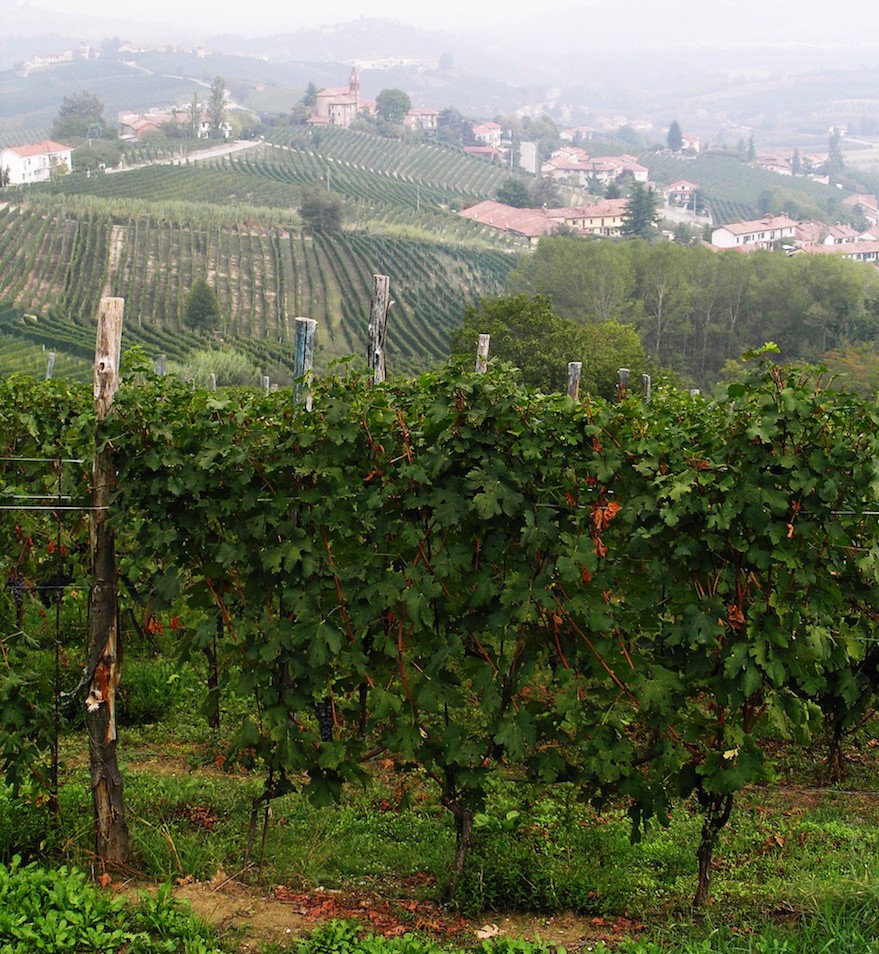 The Langhe Valley in the Piedmont region. PHOTO: Terry Duarte.

Most Italian wine drinkers know well the joys of the Nebbiolo grape, the most famous of this region. Barolo and Barbaresco are the best know Nebbiolos but today their cost makes them unaffordable for frequent consumption. If you want virtually the same wine with less aging, you might try a Langhe Nebbiolo at a more reasonable cost. This 100% Nebbiolo is made from the same grape production of each winery used in the Barolos, and other than the aging is essentially the same wine as its more expensive cousins. My own favorite is produced by Ettore Germano winery in Serralunga, but there are many other excellent producers.

Another reasonable red wine from Piedmont is Dolcetto. This is what you drink in the trattorias and osterias in Piedmont as the house red wine. A medium red, it is excellent with almost any meal and very reasonable in price. One of my favorites is produced by Schiavenza Winery and another, La Pre, is the product of Fontanafredda winery. Both of these wineries are in Serralunga d’Alba. However, do not be afraid to try the house Dolcetto anywhere in Piedmont which will probably be from the surrounding area.

Last and not least are the wines made from the Barbera grape. This is the most planted grape in Piedmont and is found throughout the region. The oldest vines are found in the eastern part of Piedmont but much of what is sold in the USA comes from the western part near Alba or Asti. The older vines produce a heartier wine that I find most appealing though I do drink a good deal of the lighter, western Barbera. For the eatern Barbera, I recommend Vigneti Massa’s Monleale and for the western Barbera, you might try Fontanafredda’s Briccotondo. The latter is very reasonably priced.

There are many excellent dry white wines produced in Piedmont. From the eastern part you find Gavi made from the Cortese grape. However, my favorite and perhaps the best white wine in Italy is the resurrection of the Timorasso grape. Vigneti Massa’s Derthona is a white wine capable of matching with most red meat dishes for those who only prefer white wines. It is big white capable of going against many of the better French whites.

Increasingly found in the USA is Roero Arneis. The grape is Arneis that is grown in the Roero Valley next to Langhe in the western side of Piedmont. This dry white is excellent whenever a white wine is preferred. One of my favorites is produced by Negro Winery but again there are many other good producers of this wine.

Whatever your price range or preference, you can probably find a good and enjoyable wine from Piedmont.