A Visit to Azienda Albino Armani

On another day while at the Anteprima Amarone event, we visited the Valpolicella winery of Azienda Albino Armani, located at the highest point in Camporal, Marano north of Verona. No relation to the fashion Armani family, Albino Armani’s family has been in the wine business since 1607. Today, under the direction of Signor Albino Armani, the family has five separate wineries, three in the Veneto, one in Trentino Adige and one in Friuli Venezia Giulia. Our visit was to the winery in the Veneto where the Amarone was produced.

Our tour and subsequent tasting was led by Albino Armani himself, assisted by his wife Egle and Laura Policante. To say that the winery facilities were impressive may be an understatement. Built into the side of the hill, the cellar and wine-making area had been spared no money to blend in environmentally with the surroundings while utilizing the latest technology. I tour many wineries but few have impressed me more than this one. In addition to the normal stainless tanks and wooden aging barrels of all sizes, clay amphorae are employed in the aging process. Repeatedly during the tour, Signor Armani stressed his desire to have his facilities blend into the environment and not disturb nature. From my inspection, he has done a great job in this regard at this facility. 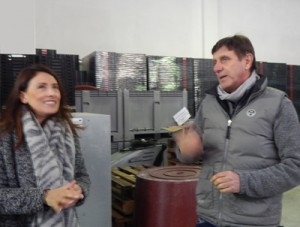 Because Azienda Armani produces wine at five wineries, we were afforded the opportunity to taste a few of the wines besides Amarone. We began with a 2012 Cle Trento DOC Spumante Metodo Classico, a 50/50 blend of Chardonnay and Pinot Nero sparkling wine from Trentino. Produced from vines growing at 850 meters in altitude, this wine was pale yellow in color with a clean, fruity nose. The finish was dry and medium long. My notes say that no sugar was added, but the description on the website said that sugar had been added. I did not rate this wine as I am not a devotee of sparkling wines, but it was very pleasant to taste.

Our second wine was a 2015 Pinot Grigio Colle Ara DOC Terradeiforti Valdadige, a 100% Pinot Grigio produced from grapes hand selected from the Production Zone of the National Park of Lessina. This soil is morainic at the 350 meter altitude of production. The wine was light yellow in color with notes of fruit in the nose. The maturation was carried out on the skins. I have always believed that Pinot Grigio does better when grown at an altitude and this wine was a great reinforcement to my belief. The finish was very smooth and long and I rated this wine, one of the best Pinot Grigios I have ever tasted, a 92.

Next we moved to the Valpolicellas, the focus of our visit. Our initial wine was a 2014 Valpolicella Classico Superiore Egle DOC, a blend of 75% Corvina with the balance consisting of Corvinone and Rondinella, all grown on 30-year-old vines in the Marano area at altitudes between 350 and 500 meters. The wine, aged in stainless steel tanks, was garnet in color and had a medium finish, somewhat heavier than other Classico Superiores. I rated this wine an 88.

A 2013 Classico Superiore Ripasso DOC followed. This wine was produced by taking some of the Classico Superiore and passing it over the skins (pomace) of the Amarone grapes where it gathers structure and concentration. It is aged for one year with 70% in oak barrels and 30% in ceramic amphora. The resultant 13% alcohol wine had a dark garnet color with a pleasant light fruit and spice nose. It finished medium short and very smooth. I liked this Ripasso a lot and rated it a 90.

Next we tasted a 2013 Cuslanus Amarone della Valpolicella Classico DOCG, the star of Azienda Armani’s Valpolicella offerings. As I described in my last article, Amarone is made from the same blend of Corvina, Corvinone and Rondinella. However, the hand selected grapes are first placed in trays and moved to air drying buildings for three to four months, all this at an altitude of 500 meters. Here they lose 30-40% of their mass but increase significantly in sugar content. After air drying, they are gently pressed in a 30 day maceration process. The fermentation process takes 90 days. After this the wine is aged in oak barrels. The product was a 15.5% alcohol wine of deep garnet color with a pleasant fruity nose. It finished long and very smooth. I really liked this fresh, elegant and well balanced wine and I rated it a 93. It should last 15-20 years with proper storage.

Our last wine was a 2010 Amarone della Valpolicella DOCG from the Val d’Illasi area just east of Verona. This is a second Amarone produced by Azienda Armani. It was made in the same way as the Cuslanus, but it had a lower alcohol content, 14.5%. Its color is the same deep garnet, and it had a strong fruit nose. Produced from vines at 350 meters, this wine was very good but had a shorter finish and was less elegant than the Cuslanus. I rated this wine a 91.

All of the Valpolicella wines should be served at 18-20°C and the Amarone should be decanted for at least one hour before drinking. I recommend that you put the Amarone in your cellar for several years if possible. It will only improve with a little age. 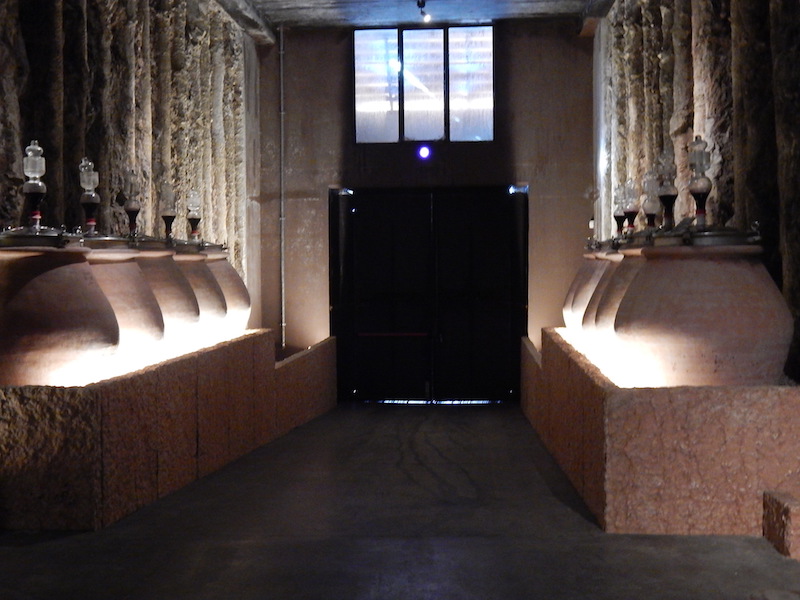 Our thanks go out to all of the people at Azienda Armani, especially Albino Armani, Egle Armani and Laura Policante, for making our visit so enjoyable. Armani wines are available in the USA at a number of wine retailers.