On a picturesque hill overlooking the Adriatic Sea and Conero Mountain just to the south of the city of Ancona in Le Marche sits the 120 acres of Azienda Agricola Alessandro Moroder. Owned by the Moroder family since the 18th century, today 50 acres are devoted to vineyards at an altitude of 150-200 meters. Here, under the direction of Alessandro Moroder, his sons and Enologist Marco Gozzi, the family produces a variety of red, white and rosé wines. The vineyards and wines have been certified organic since 2010.

Introduced by our friend Monia Scoccia, we met with Mattia Moroder who conducted the tour and wine tasting on a beautiful spring morning. We began the tasting with a 2016 Marche Bianco IGT Candiano, a 12.5% alcohol blend of 40% Trebbiano, 35% Malvasia and 25% Verdicchio. This wine was a pale straw color with a light fruit nose. Aged only in stainless steel it had a medium but pleasant finish. I rated this wine an 88 and would recommend it as a light aperitif.

Our second white wine was a 2016 Verdicchio Dei Castelli di Jesi DOC Classico Superiore made from 100% Verdicchio grapes. Pale straw in color, this 13% alcohol wine used cryomaceration, with fermentation of one night at 40-46°F. Aged for six months in stainless steel, the wine finished long, light and slightly acidic. This was a nice example of a Verdicchio and I rated it an 89.

The third white was a 2016 Marche Bianco IGT Malvasia, a 13% alcohol wine made from 100% Malvasia di Candia grapes. Like the Verdicchio, this wine used cryomacersation with fermentation of one night at 40-46°F. The color was yellow and it had a strong fruit nose. The wine finished long for a white with a unique but pleasant taste. I rated this wine an 89.

Next we tried a 2016 Marche Rosato IGT Rosa di Montacuto, a 13.5% alcohol blend of 50% Montepulciano and 50% Alicante Nero. The maceration and fermentation were the same as the two previous wines and this wine was aged for six months in stainless steel. The color was a pale garnet and this elegant wine finished medium long and smooth. I rated this wine an 89.

Our first red wine was a 2015 Rosso Conero DOC Aion, a 100% Montepulciano grape, 14% alcohol wine. Hand picked in early October, the grapes have a 4-5 day maceration on the skins followed by a slow fermentation for 20 days at 70-75°F. The wine is then aged in stainless steel for ten months. This process produced a wine with deep garnet color and slight fruit and leather nose. It finished long and smooth, a bit tannic but elegant. I rated this wine a 90.

Next was a 2013 Rosso Conero DOC, another 100% Montepulciano, 13.5% alcohol offering. This wine had a 10-12 day maceration followed by fermentation of 20 days at 70-75°F. It was aged for 24 months in large oak casks plus two months in the bottle. The result was a wine deep garnet in color with a light leather nose. It finished long and smooth and I rated this wine a 91.

A 2012 Riserva Conero DOCG was our next wine. This 14.5% alcohol, 100% Montepulciano grape wine had a 15-20 day maceration on the skins followed by a slow fermentation of 20 days at 70-75°F. It was then aged for 30 months, half in 10HL oak barrels and the other half in oak tonneaux. A further six months in the bottle followed. The color was deep garnet and the nose the same light leather. The wine finished long, smooth and elegant, and I rated this wine a 92/93.

The last wine was a 2013 Conero Riserva DOCG Dorico, another 100% Montepulciano grape wine. This 14.5% alcohol offering had 25 days maceration on the skins followed by a slow fermentation of 30 days at 70-75°F. It was aged for 36 months in oak barriques followed by 18 months in the bottle. This process resulted in a wine of deep garnet color with a very pleasant nose. It finished very long and smooth and I rated this excellent example of Rosso Conero – a 94.

The wines of Le Marche have only recently begun to receive their just praise. Moroder produces some excellent examples of Rosso Conero, one of the best wines of the area. Moroder is represented in the Midwest U.S. by Worldwide Cellars (and soon will also be represented by Vinocity Selections in California and New York).

My thanks go to the Moroder family, especially our host, Mattia, for the hospitality shown to us during our visit. You should try any of these wines and you will not be disappointed. 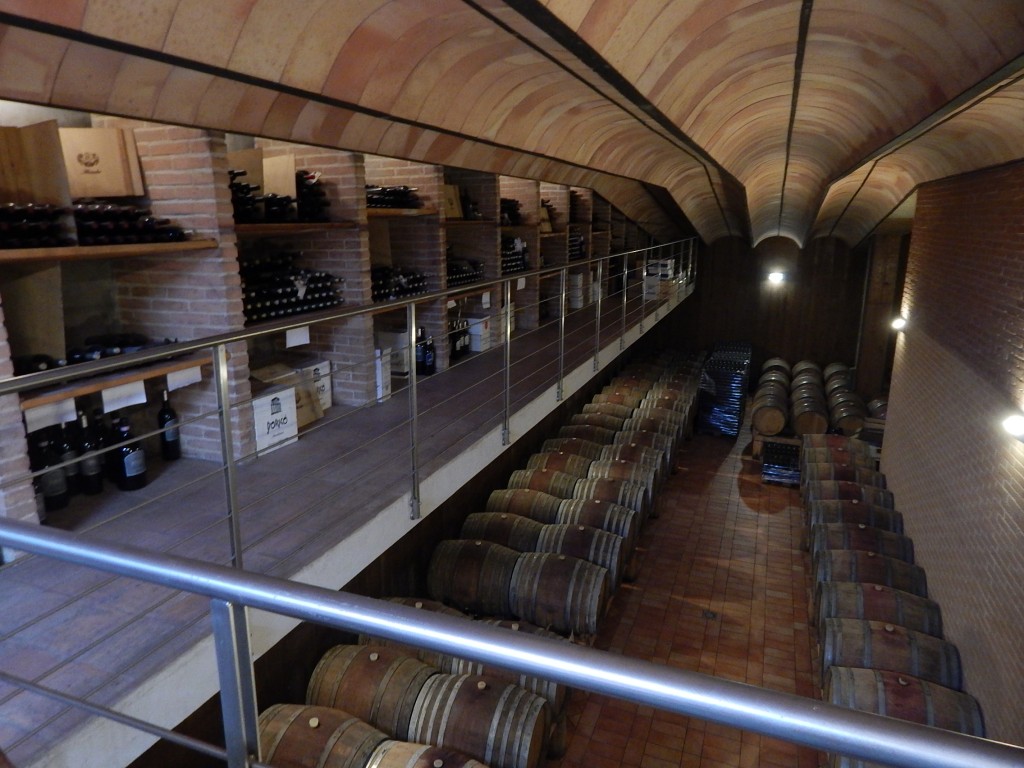